beautybliz.com / All About Glamour at Marc by Marc Jacobs Fall 2013

All About Glamour at Marc by Marc Jacobs Fall 2013

The Marc by Marc Jacobs show is something that beauty junkies, fashionistas, and fashion and beauty editors have in common. Everyone looks forward to seeing Marc’s genius vision backstage and on the runway. We wish you could have seen the massive amount of people backstage at the show – it was overflowing! But, do you really blame anyone trying to get a closer look at anything affiliated with Marc? This season was all about the glamour, created by Guido Palau with Redken and Dick Page with Shiseido. The two joined forces to give the models a glamorous, 1940s era-inspired look that offset the wide range of bold prints and jewel tones in the collection. 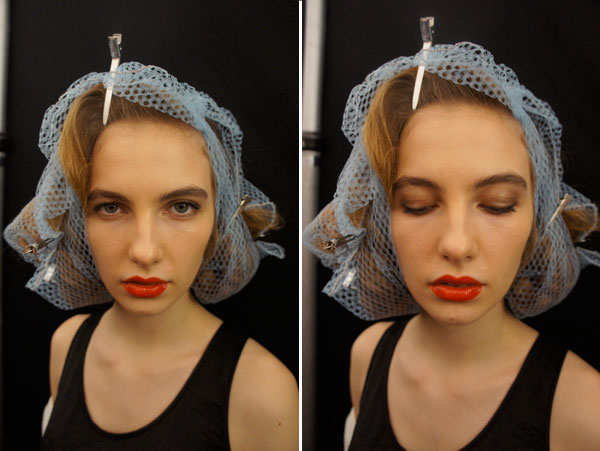 For the makeup, Dick opted for a neutral eye with a classic red lip (the most popular lip color for fall). The diffused eye was created using Shiseido Shimmering Cream Eye Shadow in Sable from the lash line to the crease and the lower lash line. He also used the Caviar shade on the outer 1/3 of the lid. Dick’s tip on creating the diffused shadow look is to apply Benefiance Full Correction Lip Treatment around the eye area as a finishing touch. For the lips, Dick mixed Shiseido Lacquer Rouge in Sanguine (new for fall 2013) and Drama. Hey, two reds are better than one, right? 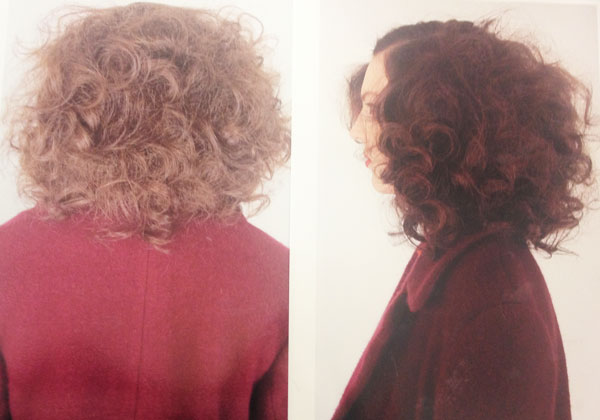 Over in hair, Guido Palau gave the models a massive ‘fro of curls. "The inspiration for this look was a 1940's-era woman, an uptown girl, but then we made it more fun, and thus more Marc by Marc,” said Guido. “We didn't want it to feel symmetrical or too perfect, the back brushing gives a teased effect, a little crazy." Guido used Redken Guts 10 before blow-drying the hair. He, then, created a deep side part and began curling the hair. He pin-curled tiny sections of the hair while alternating with a one inch curling iron. Once the hair was set, he unpinned all the curls and brushed his fingers through the hair. He also back-brushed the front section and pinned it to the side. He topped it all off with Redken Fashion Work 12.