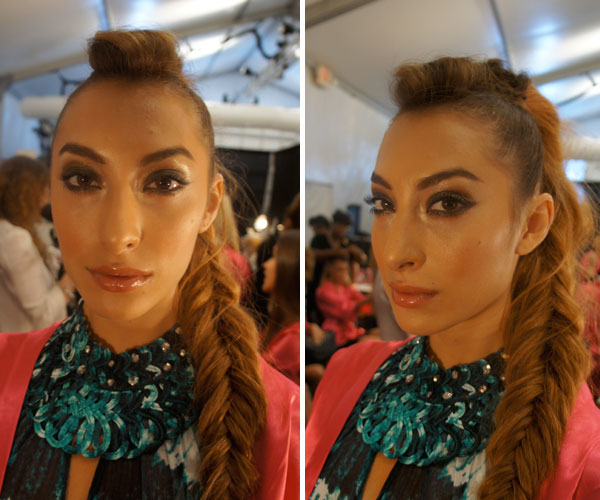 What does a bad girl look like at the beach? Well, according to Beach Bunny's Swim 2014 show in Miami, she rocks a sky-high pony and bronze eye shadow. We're pretty sure @badgalriri would approve.
Tyler Laswell for TRESemmé was the mastermind behind not one, but two of the eye-catching pony tails we saw on the runway. "I call the look 'a beach bad girl,'" said Tyler. "Beach Bunny has that kind of girly feel, so we didn't want to go too crazy with it. [One look] is a crazy mohawk fishtail for some of the girls and the rest of the girls are going to get a crazy, Madonna-esque beach girl - where it's like all the way down to their butt - pony tail." The crazy-long pony tails required 1,100 feet of hair extensions!
The best part? Both looks are super easy - aka we've officially got the rest of your summer hair looks covered. Check out the step-by-step how-to below: 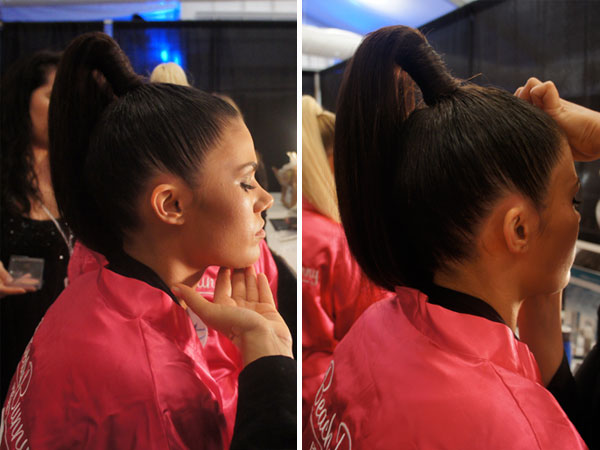 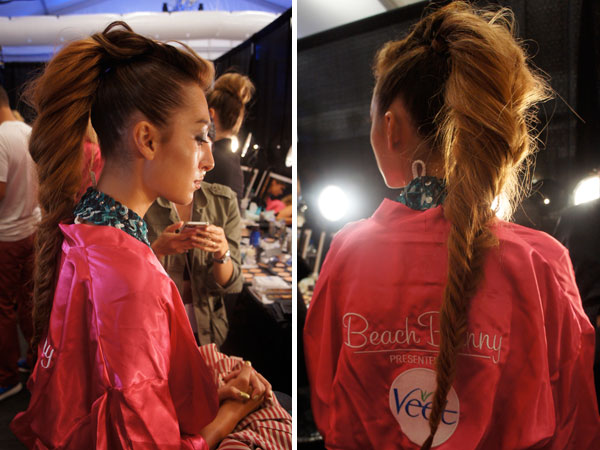 Step 1: Separate a rectangular section from the top of your hair and pin it out of the way.
Step 2: Dampen hair with TRESemmé Keratin Smooth Heat Protection Shine Spray.
Step 3: Work TRESemmé TRES Mega Firm Control Gel through damp roots and brush the hair into a super tight, high ponytail on top of the head.
Step 4: Create a simple braid with the ponytail and wrap the end with extra long extensions (2-3 sets) until you reach the base.
Step 5: Unclip your top section and rough dry quickly with your fingers to add texture and height at the roots.
Step 6: Starting at the hairline, create the faux hawk fishtail braid:
Step 7: Once the fishtail is complete, rough it up with your fingers and finish with TRESemmé TRES Two Extra Hold Hair Spray. 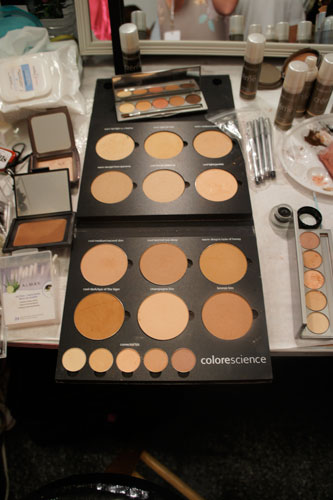 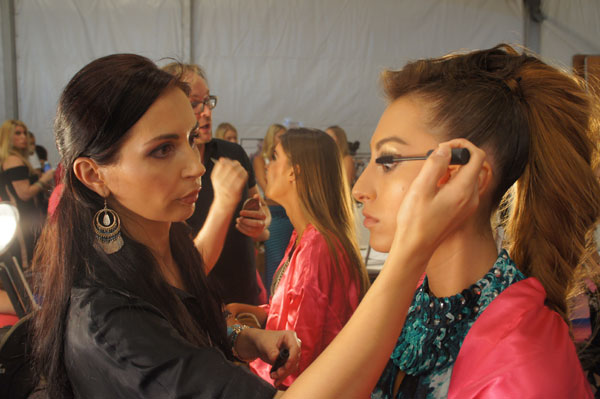 Over in makeup, the Colorscience team opted for a "sheer, smoky, bronze look with a natural coral lip and cheek." The California-based brand is known for their mineral makeup that promises to go on sheer, making it ideal for summer. The team used key products like Loose Mineral Eye Colore in various golds and bronze for the eyes and Pressed Mineral Illuminator in Champagne Kiss "around the face and eyes to give shimmer and depth." 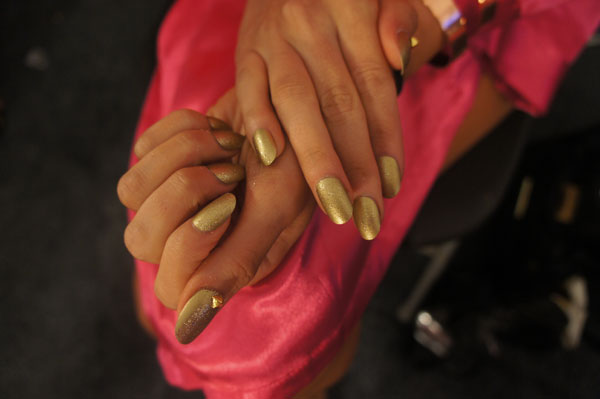 As for the nails - all gold everything! The "gilded glamour" look was a really matte-looking, 14 karat gold hue on an almond shaped nail. The thumb nails even got a gold stud right by the cuticle for additional oomph. Plus, all the models' toes were covered in loose gold glitter for major sparkle.
What do you think of the over-the-top beach look? Would you rock this at your next pool party this summer?