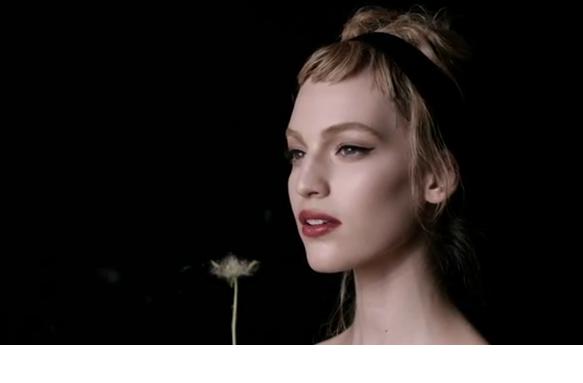 Burger King always tells you to "Have it your way."

If I could have it my way, I'd listen to Bruce Springsteen's "Secret Garden" on a 24-hour loop. Or at least make it part of the play list.

There's a legit reason why 5.4 million people have listened to it on YouTube. I get weepy thinking about its background string version in Jerry Maguire. #YouHadMeAtHello

So it didn't seem possible to upstage The Boss. But Prada's S/S 2013 ad campaign comes awfully close.
The fashion house created a short film (shot by Steven Meisel, directed by DJA) featuring 10 women: Eva, Irene, Irina, Kirsten, Maartje, Raquel, Sasha, Saskia, Sung Hee and Vanessa. They each represent one of the "mysterious flowers that blooms in Prada's secret garden." Each in possession of her own distinct identity, the women are witnesses to an unknown mystery. A chain reaction of events builds to a perfect storm."
Have a look and see if you can guess who plays Dahlia, Peony, Tiger Lily and Tall Poppy.