beautybliz.com / No Blowout, No Problem: The New DGAF Hair

No Blowout, No Problem: The New DGAF Hair 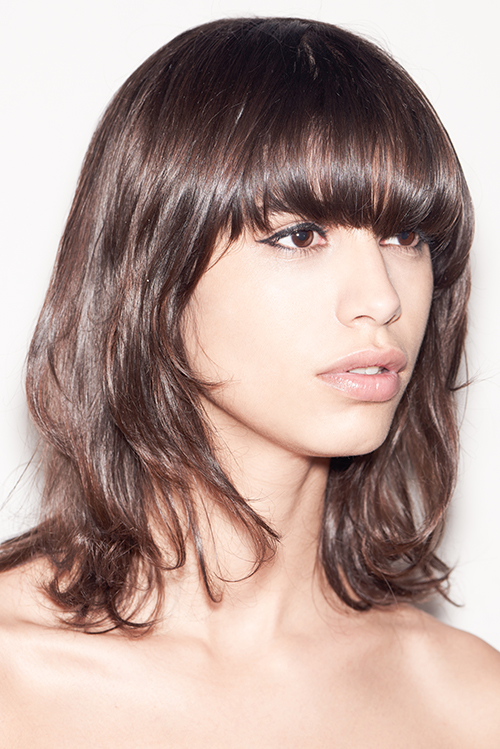 The hair at Coach's Fall 2015 show is part of the new unstyled trend. Photo: Courtesy of Redken

“Woke up like this” has become a cliché, but that’s literally how Paul Hanlon described the hair texture he created per Phillip Lim’s request for the designer’s Fall 2015 show. “It’s like she’d washed her hair the night before, slept in it, and then just turned up,” the hair stylist said backstage as he described the look, which Lim first spotted on a model during fittings and asked Hanlon to replicate for the runway. The texture — Hanlon charmingly referred to as “waffle”-like — should be familiar to anyone whose hair has ever air dried smooth on top and wavy on the under layer.
This type of not-so-polished hair has been a constant this season as designers have shown their Fall 2015 collections. Whether it was the air dried, individualized hair at Coach, the “morning-after” texture at Public School, or the languid waves at Rodarte, hair that looks like it hasn’t been touched by a stylist has been having a moment. Even Jason Wu’s girls, who have traditionally sported elegant updos featuring everything from intricate braids to black peacock feathers, wore their hair loose for the first time ever this season. 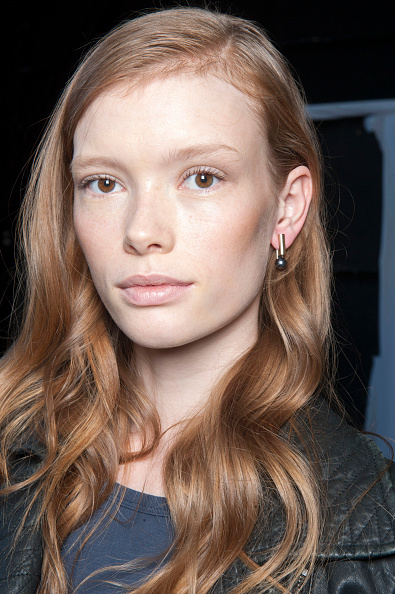 “It’s sexy feeling in a natural way, but nothing overdone,” Odile Gilbert said of the hair she created for Jason Wu. Photo: Getty Images

“There’s this sort of coolness about natural hair, and we’ll probably see a lot of it this season because it feels very modern,” said Guido Palau of the non-style he created for Coach. The Redken Creative Consultant works on so many high-profile shows here and in Europe that he’s basically a one-man trend factory — but other stylists are on Team Natural for fall, too.
“We don’t want to perfect beauty,” said hair stylist Bob Recine backstage at Monique Lhuillier, where Kate Moss was the inspiration for the show’s three rough-textured looks. “Because when we perfect hair, or beauty, we sacrifice its ultimate god: charm. So we always want to have a little mistake in hair.” 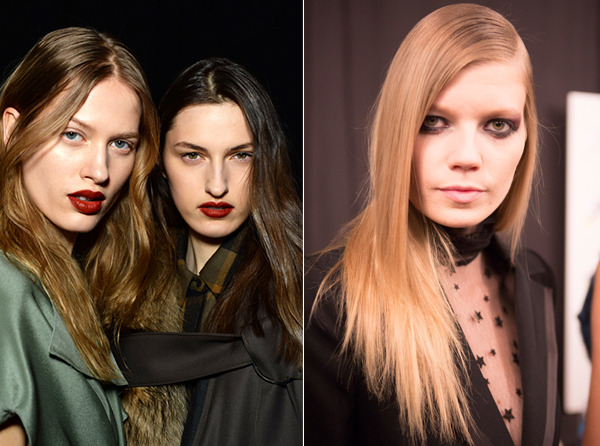 The styles at 3.1 Phillip Lim (left) and Monique Lhuillier (right) were perfectly imperfect. Photo: Courtesy of Nars; courtesy of Moroccanoil.

The irony here is that it takes a team of hairstylists armed with hot tools and multiple products to make hair look like it hasn’t been styled at all. At Monique Lhuillier, Recine used Moroccanoil Smoothing Lotion to give hair a shaggy quality; Hanlon’s team at Phillip Lim employed an elaborate system of Bumble and bumble stylers (Prep and Thickening Hairspray on the bottom of hair, Brillantine to smooth out the top), braiding and flat ironing just to make models look like they’d rolled out of bed.
“You think of all those girls like Daria and Freja, and it’s that kind of hair — they just look great,” Hanlon explained. “You don’t feel like [there’s a] form to the hair, it’s just very unique and sort of individual.”
He brings up a good point: The look also relies on the wearer being young enough, model-esque enough or maybe just DGAF enough to pull it off (not to mention has just the right slightly wavy —not frizzy, not too straight — hair type). Really, what’s more envy-provoking than a girl who doesn’t have to do anything to look amazing? It’s basically the opposite of those of us who skip workouts and sleep in shower caps just to prolong our weekly Drybar blowout for another glorious day.
But if you can bring yourself to put down the round brush and blow dryer, you’re already halfway there. “When the girl has a little bit shaggy hair, it’s a sign of confidence,” Recine says. “It’s a sign of ‘hey, this is me, this is beauty.’ That’s my favorite styling tool today: confidence.” 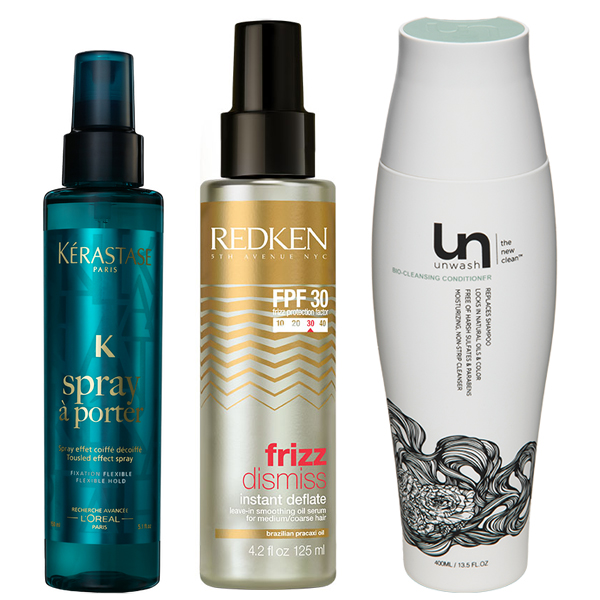 Unlike the beachy or grunge-influenced styles of past seasons, DGAF hair isn’t meant to be product-heavy; rather, it should look clean. But certain hair types will require products to minimize frizz or add structure.
At Jason Wu, hair stylist Odile Gilbert prepped models’ hair with Kérastase Spray à Porter Buildable Texture Spray ($36) before blow drying with a diffuser to enhance the hair’s natural texture. It’s not quite as gritty as a salt spray, but adds just enough body to limp locks.
Since the look this season is decidedly “skinny” (leave it to fashion to make even our hair feel fat), coarse or curly types will need some de-puffing treatment. Redken FPF 30 Instant Deflate ($22) from the brand’s new Frizz Dismiss collection, which launches at salons next month, smoothes the hair cuticle to flatten frizz-prone strands.
To minimize fuzz at the crown, switch out your sudsy shampoo for a cleansing conditioner. Unwash Bio-Cleansing Conditioner ($36) cleanses hair without stripping the cuticle. The result is chilled out, clean-but-not-too-clean hair that mimics model off-duty locks.