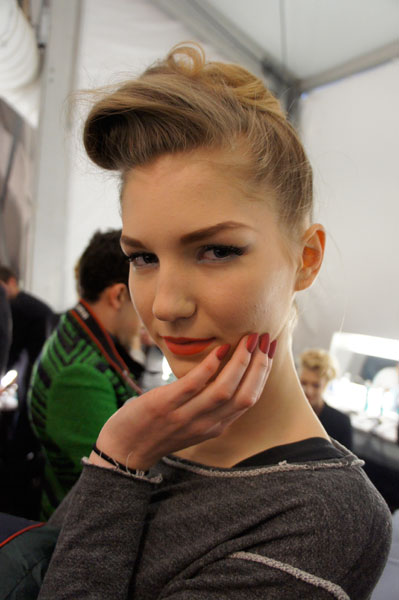 There was a serious Hitchcock vibe going on backstage at Badgley Mischka Fall 2013. Suddenly, we felt the need to watch Vertigo and The Birds. The look was super glamorous, yet wearable and playful at the same time. 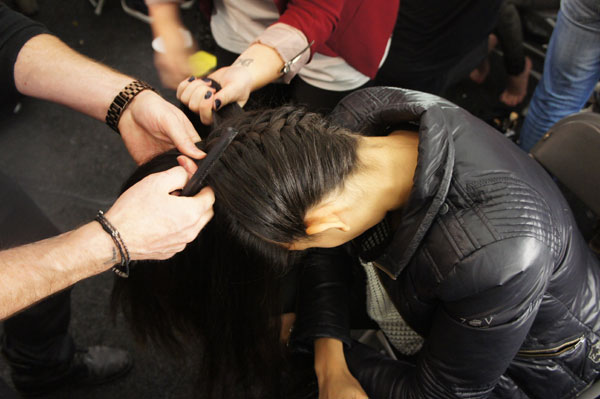 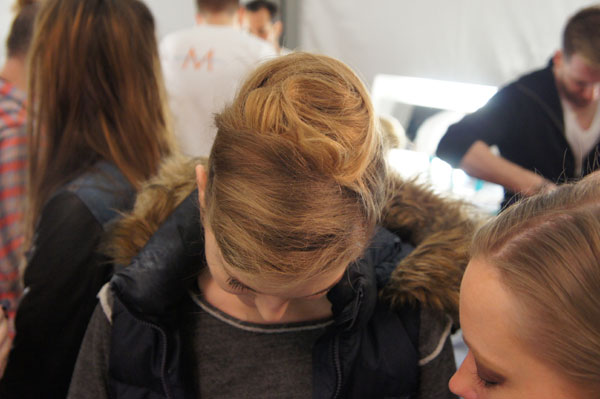 Peter Gray for Moroccanoil created a multi-textured 'do inspired by Hitchcock starlets like Kim Novak and Tippi Hedren. Leave it to Peter to give the models a bouffant, swirls and braids in one look. The front of the head was given soft, swirling volume that fell into a swirly chignon at the crown. In the back, there was a reverse braid leading up to the chignon. He used products like Moroccanoil Treatment and Heat Styling Protection to give the strands lustrous depth. Then, he used Volumizing Mousse to for volume and hold. We hope to see plenty of A-listers rocking this style on a red carpet sometime soon! 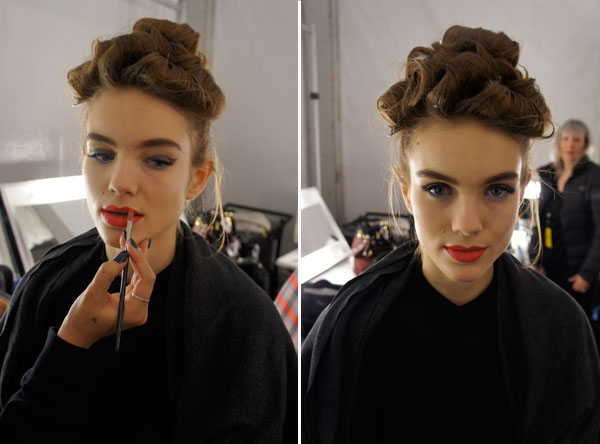 Over in makeup, Tom Pecheux for Mac Cosmetics continued the inspiration. He was inspired by "Hitchcock on the red carpet in technicolor." He prettified the models with an off-black cat eye, two layers of lashes and a beautiful crimson lip. 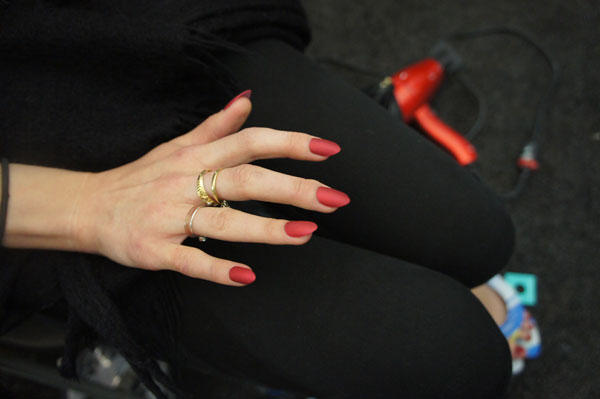 The nails, created by Deborah Lippmann, were given a red sheen using a new nail color for Holiday 2013 called Red Silk Boxers. The matte texture complemented the lips to the T.