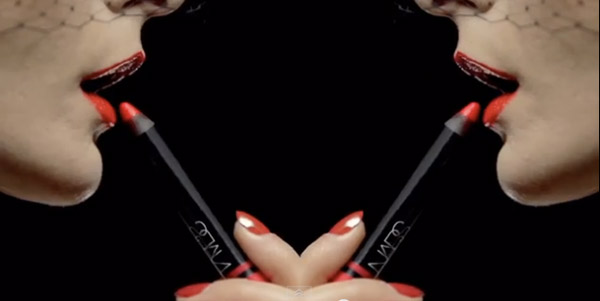 In honor of the launch of their new Satin Lip Pencils, NARS just released two short films featuring modern muses Catherine Baba and Sarah Ruba. Both ladies were carefully selected by Francois NARS to star in their own film and give us a taste of their chic lives.

Catherine Baba is a Paris-based stylist known for her creative, avant garde looks while touring the city in sky-high heels. There's something about her film, directed by Sandro Suppnig, that makes us want to get extremely glammed up and run away to Paris forever.

Sarah Ruba is a New York-based musician and leading lady for the band New Look. Her Old Hollywood/90's vibe gives us serious beauty envy. The video, directed by Trevor Undi in NYC, gives us a glimpse into her life and what inspires her. Plus, it features her singing what is now one of our favorite tunes.