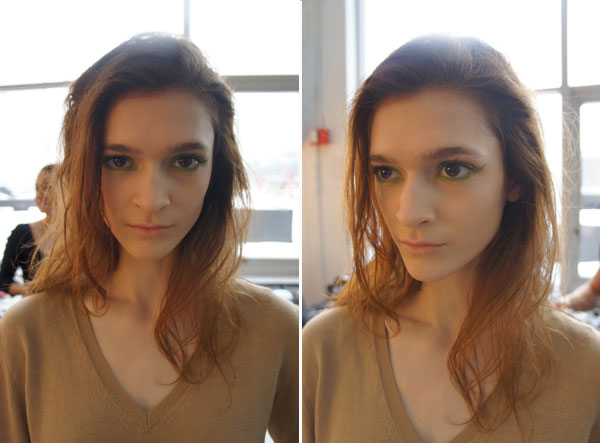 We love a nice pop of neon for any season, and thanks to Karen Walker, we'll still be rocking the trend for fall. Backstage, the models were given a major neon green or orange eye, inspired by Siouxie Sue and the Banchees, courtesy of Benjamin Puckey for Mac Cosmetics. Everything else was muted so the eyes really stood out. “We wanted to do a variation of the idea, so instead of using a dark eyeliner, we chose to use a very bold color,” said Benjamin. “We chose a very bright green and a very bright orange as a modern, yet unexpected, variation of the look.”  Benjamin also chose to bleach the models’ brows, which seems scary at first but looks so beautiful with the neon eyeliner. To get the super bright shade, he used Mac Chromacakes in green and orange and applied the color using an eyeliner brush all over the lid and into the crease of the eye. 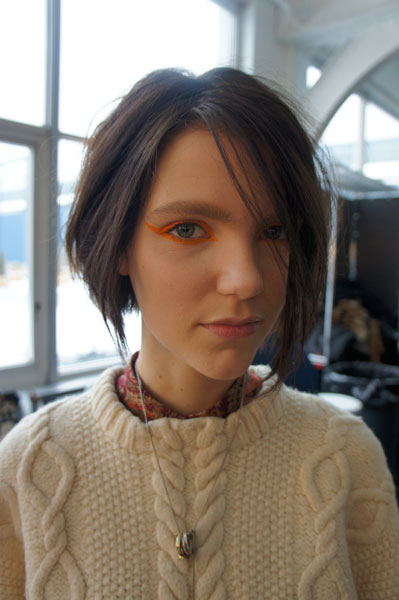 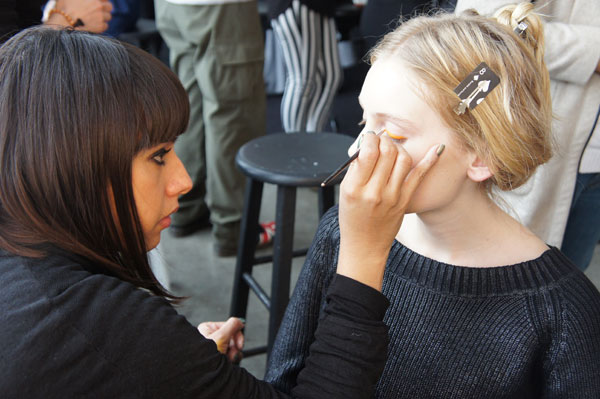 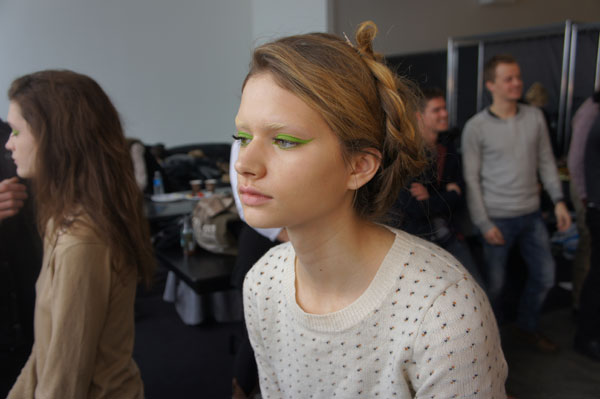 The hair, created by Laurent Phillippon for Bumble and bumble, was pretty easy going. Every model looked sort of different when it came to the finish. There was plenty of texture, and even some loose waves. Using Bumble and bumble products like BB Prep and Surf Spray, Laurent gave the hair its grungy texture. He even braided some of the models’ hair and pinned it up to get natural waves. Some models wore their hair up in ponytails, too. Easy breezy hair and cool neon eyes? Thumbs up in our books! 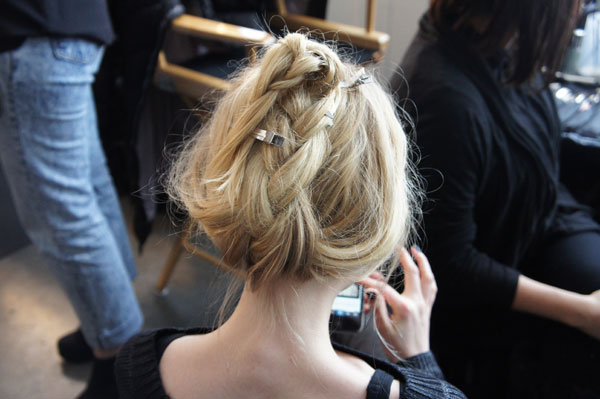