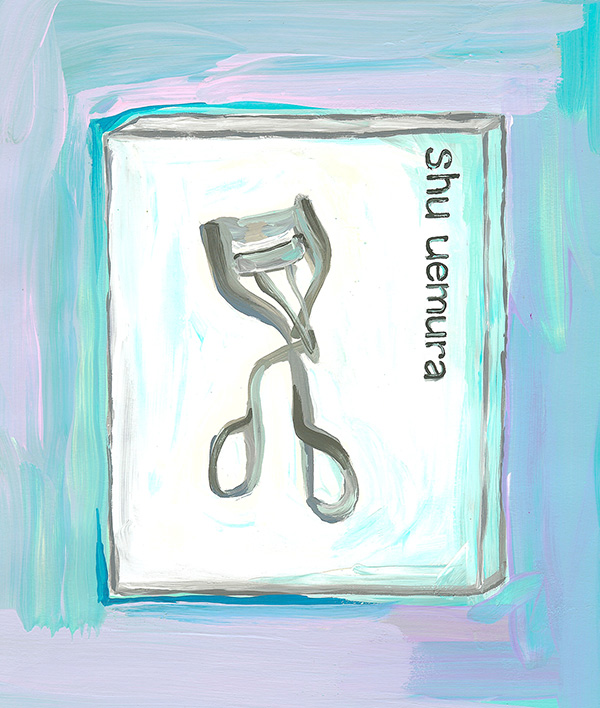 While we can’t get enough of shiny new beauty launches, sometimes it’s the products that have stood the test of time that really deserve the spotlight. In our Greatest Hits series, we take a closer look at the staples beauty insiders swear by.

Shu Uemura Eyelash Curler, $20
What it is: The ultimate eye opener. This lash curler is widely hailed as the best on the market, thanks to its unique design. With a curve that’s flatter along the center and upturned in the corners, the tool is a perfect fit for any eye shape and creates a pretty, natural effect. And the patented hinge applies the perfect amount of pressure without pinching. No wonder it’s a cult favorite among makeup artists (it’s rare to meet a pro who doesn’t have this curler in their kit).

In the 1950s, Shu Uemura emigrated from his native Tokyo to Hollywood, where he worked as a makeup artist and hairstylist in film and television. His big break came on the set of the 1962 film My Geisha, in which he transformed actress Shirley MacLaine into a Japanese woman by using prosthetics and tape that pulled her eyelids upward.
But transforming actresses wasn’t Uemura’s only talent; he also had a gift for creating covetable beauty products. His first product, a cleansing oil, is a “greatest hit” in its own right, having been a cult favorite since 1960. But it’s his iconic eyelash curler, launched in 1991, that’s arguably even more ubiquitous among beauty buffs, even after 20-plus years on the shelves. 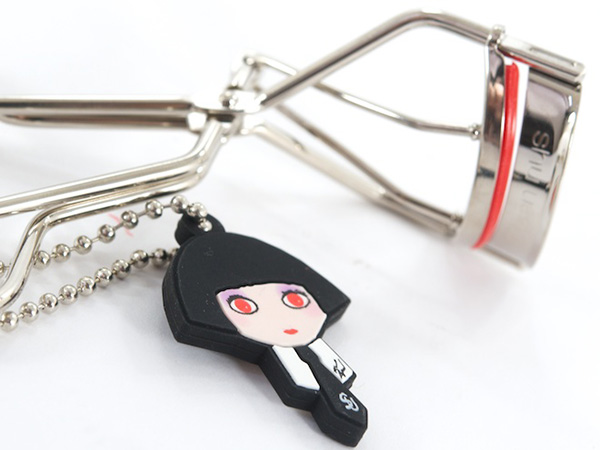 The limited-edition lash curler from the Karl Lagerfeld collection.

And why mess with a good thing, anyway? When the first eyelash curlers became available in the 1930s and ‘40s, they looked much like they do today, with two curved pads that crimp lashes with the squeeze of a handle. The secret to Shu Uemura’s version is in the details, from the curved shape designed to hug the lash line to the gentle silicone pad and ergonomic design.
Since its launch, limited-edition versions of the lash curler have proven even more covetable than the original. In 2006, the brand introduced a black nickel version and another in 24-karat gold. Karl Lagerfeld’s 2012 collaboration with Shu Uemura featured a special lash curler with a red and white pad and a Karl-themed charm. And last summer, the brand launched a New Generation S Curler without side bars to make gripping each and every lash even easier. 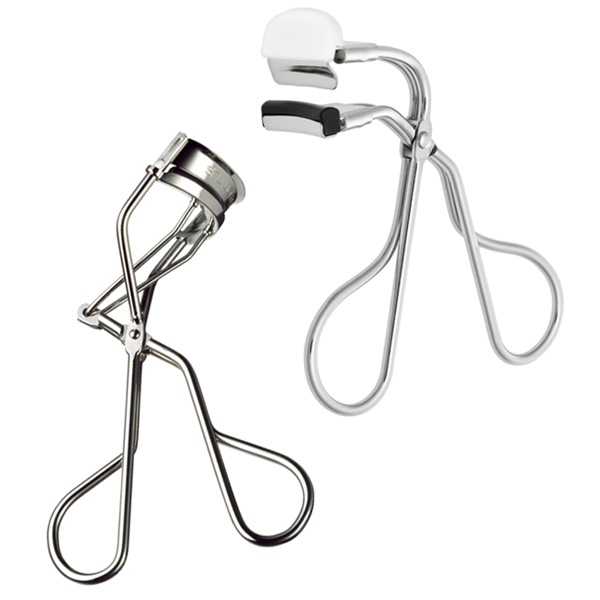 Besides makeup artists, an illustrious list of famous beauties has named the lash curler a makeup bag staple. Amy Adams, Molly Sims, Miranda Kerr, Alexa Chung, Jessica Simpson and Nicole Kidman have all gone on record as fans.
Bet you didn’t know: The beauty tool was mentioned in the 2006 film The Devil Wears Prada. Andy Sachs, the naive assistant played by Anne Hathaway, found a Shu Uemura lash curler in the magazine’s beauty closet and — gasp — didn’t know what it was. Can you imagine?
More Greatest Hits:
Clinique’s Most Beloved Moisturizer Has a 46-Year Track Record
Essie Ballet Slippers is the Only Neutral Nail Polish You Need
Kiehl’s Original Musk Oil is a Scent with History